Ex-WWE star Chris Jericho has revealed that Vince McMahon did not like his match with Kevin Owens at WrestleMania 33 and told Owens that it was the “worst match in WrestleMania history”.

Jericho and Owens faced each other at WrestleMania 33 in 2017 which came about after the latter attacked the current AEW star at the Festival of Friendship celebration that Jericho had thrown for them. Owens defeated the Fozzy frontman to win the United States title for the first time.

In an interview with TalkSport, Jericho said McMahon looked happy to him after he came through the curtains at WrestleMania 33, but told Owens that he was not pleased with the match.

“He told Kevin it was the ‘worst match in WrestleMania history’ [laughs]. I never heard anything about that. When I came through, Vince went [thumbs up], so I think he was on Kevin’s case at the time,” said Jericho. 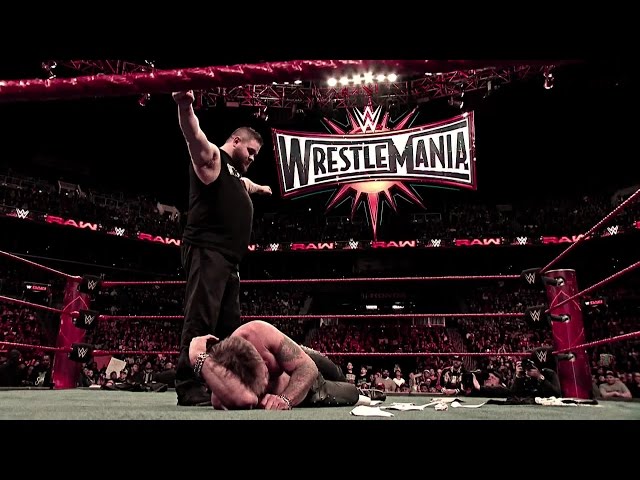 Jericho thinks his match with Owens at The Show of Shows wasn’t the worst match in WWE history as he cited that The Undertaker vs Giant Gonzalez was a bad match.

JeriKO explodes at #68, Kevin Owens vs Chris Jericho for the US Title from WrestleMania 33…

JeriKO explodes at #68, Kevin Owens vs Chris Jericho for the US Title from WrestleMania 33… https://t.co/wMn10AiSvY

The AEW star stated in the same interview that he was happy about the match with Owens at The Show of Shows, as well as their next match at the WWE Payback pay-per-view.

“It was great. And then the next match we had at the following pay-per-view was amazing as well. I wasn’t happy with that match because they had us on second at that WrestleMania which was the writing on the wall that they didn’t care about the feud. That was one of the best feuds that was originally meant to lead to the main event of WrestleMania and then it ends up on second,” stated Jericho.

Jericho had previously also expressed his unhappiness at going second on the card at WWE WrestleMania 33, and felt that his storyline with Owens was not getting the credit it deserved.