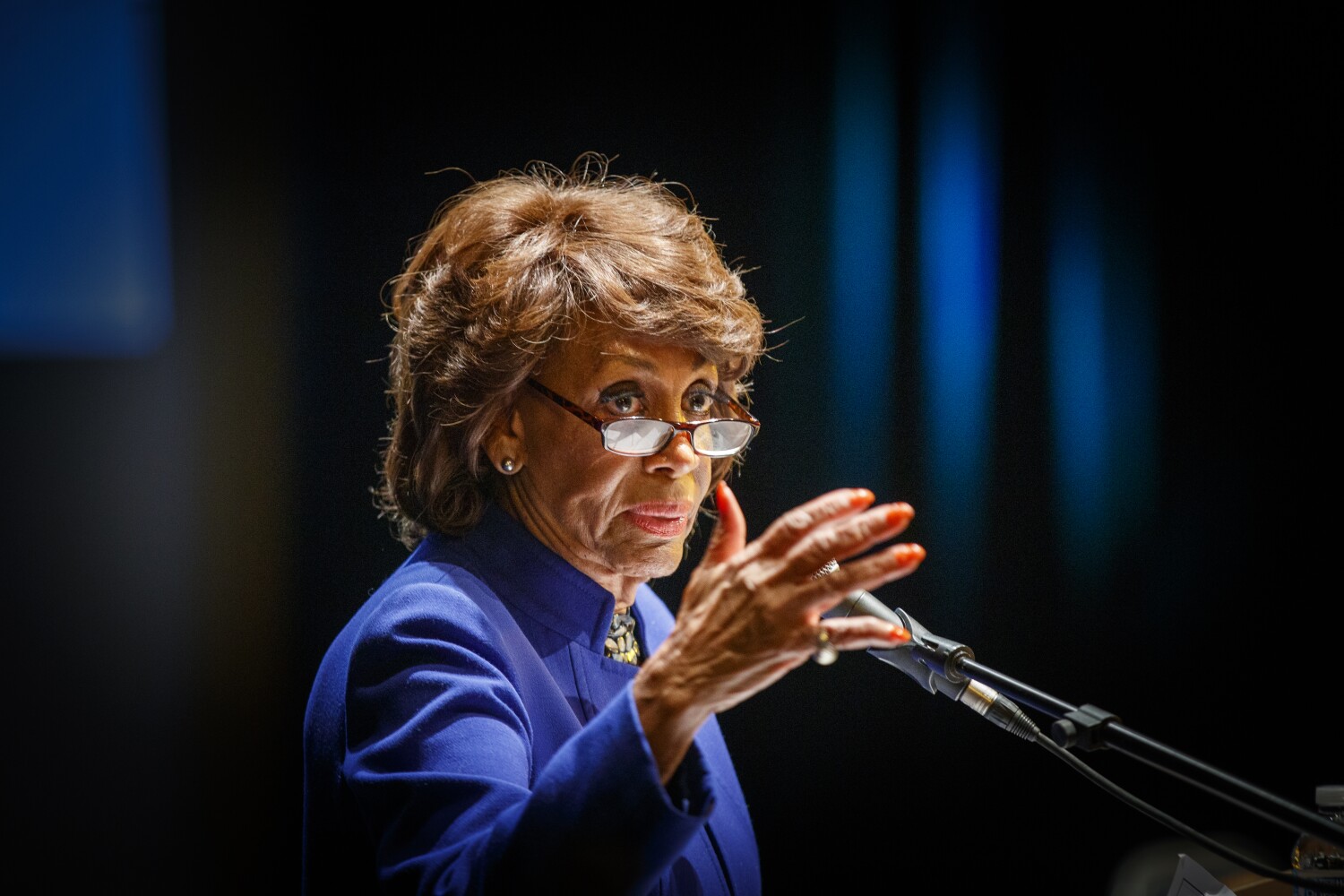 Rep. Maxine Waters this week reissued her request that the U.S. Department of Justice launch a civil rights investigation into gang-like groups of deputies in the Los Angeles County Sheriff’s Department.

In doubling down on an previous call she made for a federal inquiry, Waters (D-Los Angeles) highlighted the findings of a recent study commissioned by county officials that “paint a damning picture” of the problem.

The Rand Corp. study found that 16% of the 1,608 deputies and supervisors who anonymously answered survey questions had been invited to join a clique, with some invitations having come in the last five years. More than a third of respondents said the groups should be prohibited.

At their worst, the report says, the groups encourage violence, undermine the chain of command and harm relationships with the communities the Sheriff’s Department serves.

But Waters argued that the report offered an incomplete portrayal of the problem because deputies were not compelled to participate in the survey. Only about one out of every six deputies responded, she said.

“This selection bias can only be remedied by the DOJ’s assent to my call for it to engage in a pattern or practice investigation into the LASD, and specifically the role of all subgroups at the LASD,” Waters wrote in a letter to Atty. Gen. Merrick Garland and Assistant Atty. Gen. Kristen Clarke.

Waters criticized Sheriff Alex Villanueva’s refusal to ban the groups outright, despite an opinion by county lawyers that he has the authority to do so.

Villanueva has said his efforts to address the problem — implementing a policy that prohibits deputies from joining any group that commits misconduct — are sufficient.

Waters wrote a similar letter this week to the Los Angeles County Board of Supervisors, requesting that it initiate a new investigation that requires participation from all Sheriff’s Department employees.

Secret groups of deputies with names like the Vikings, Regulators, 3000 Boys, Executioners and Banditos — and matching tattoos — have plagued the agency for decades.

A report by the Center for Juvenile Law and Policy at Loyola Law School found that since the 1970s there have been 18 groups within the Sheriff’s Department, some of which remain active.

The Times reported on the Executioners in Compton in 2018, when a deputy admitted under oath to having a tattoo on his calf depicting a skull with a rifle and a military-style helmet emerging from flames. The letters “CPT,” for Compton, appear on the helmet.

L.A. County has paid out at least about $55 million in settlements in cases in which deputies accused of wrongdoing have been alleged to belong to a secret society, according to a report prepared by county attorneys that names eight specific cliques.