Noxious smell in Carson now expected to linger into the weekend

Noxious smell in Carson now expected to linger into the weekend 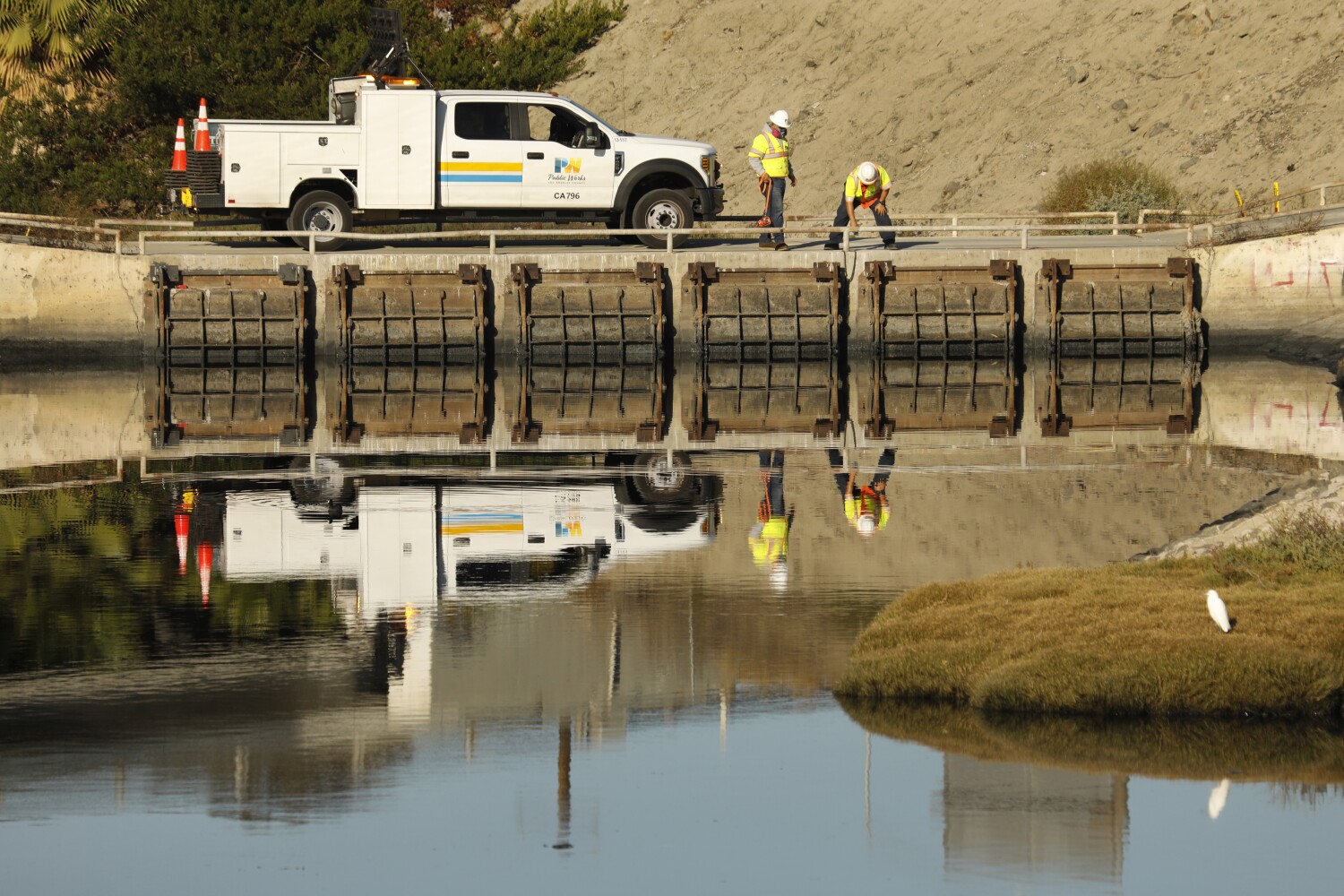 The noxious smell plaguing Carson residents would dissipate by the middle of this week, Los Angeles County officials said.

But Wednesday — right about when the smell was supposed to go away — the officials revised their timeline.

Efforts to combat the odor have been hampered by low supplies of a biodegradable neutralizer. And workers initially sprayed at high tide, causing much of the neutralizer to wash away.

The odor is now expected to linger until the weekend, as residents remain under public health advisement to avoid prolonged outdoor exercise at night and in the early morning.

“We expect the public to notice a significant change in the air quality throughout the week,” L.A. County Public Works Director Mark Pestrella said at a Carson City Council virtual meeting Monday night.

On Wednesday, the smell, which has been likened to rotten eggs, vomit and farts and has given residents headaches and nausea, was still heavy in the air near the channel.

In a period of drought, reduced water flow in the channel allowed vegetation and dead marine animals to pile up, creating extremely stinky hydrogen sulfide gas.

When public works crews began spraying the neutralizer Epoleon on Friday, they didn’t have enough of it. They could only spray larger amounts starting Monday, after a large shipment arrived from New Jersey, said T.J. Moon, a public works senior civil engineer.

Workers also learned, the hard way, that high tide was not a good time to spray.

“We’re learning as we go and realized that low tide is a better application,” Moon said.

On Wednesday, two tankers and two water trucks perched on bridges sprayed about 5,000 gallons of Epoleon, which breaks down the hydrogen sulfide into salt, into the channel.

Twelve pumps sucked water out of the channel and pumped in water fortified with tiny oxygen bubbles, which prevent the hydrogen sulfide from building up again.

Last week, county officials announced that residents can be reimbursed for air purifiers and hotels. But it could take weeks to get the reimbursements.

Carson city officials have also instituted a reimbursement program. On Monday, the City Council voted to hire an independent consultant to investigate the smell.

“And here we are, 17 days later, without resolution, with thousands of complaints from my constituents and with public officials who can’t find enough chemical solutions and who aren’t correctly spraying,” Carson Mayor Lula Davis-Holmes said.

She is hoping the smell goes away by Sunday.