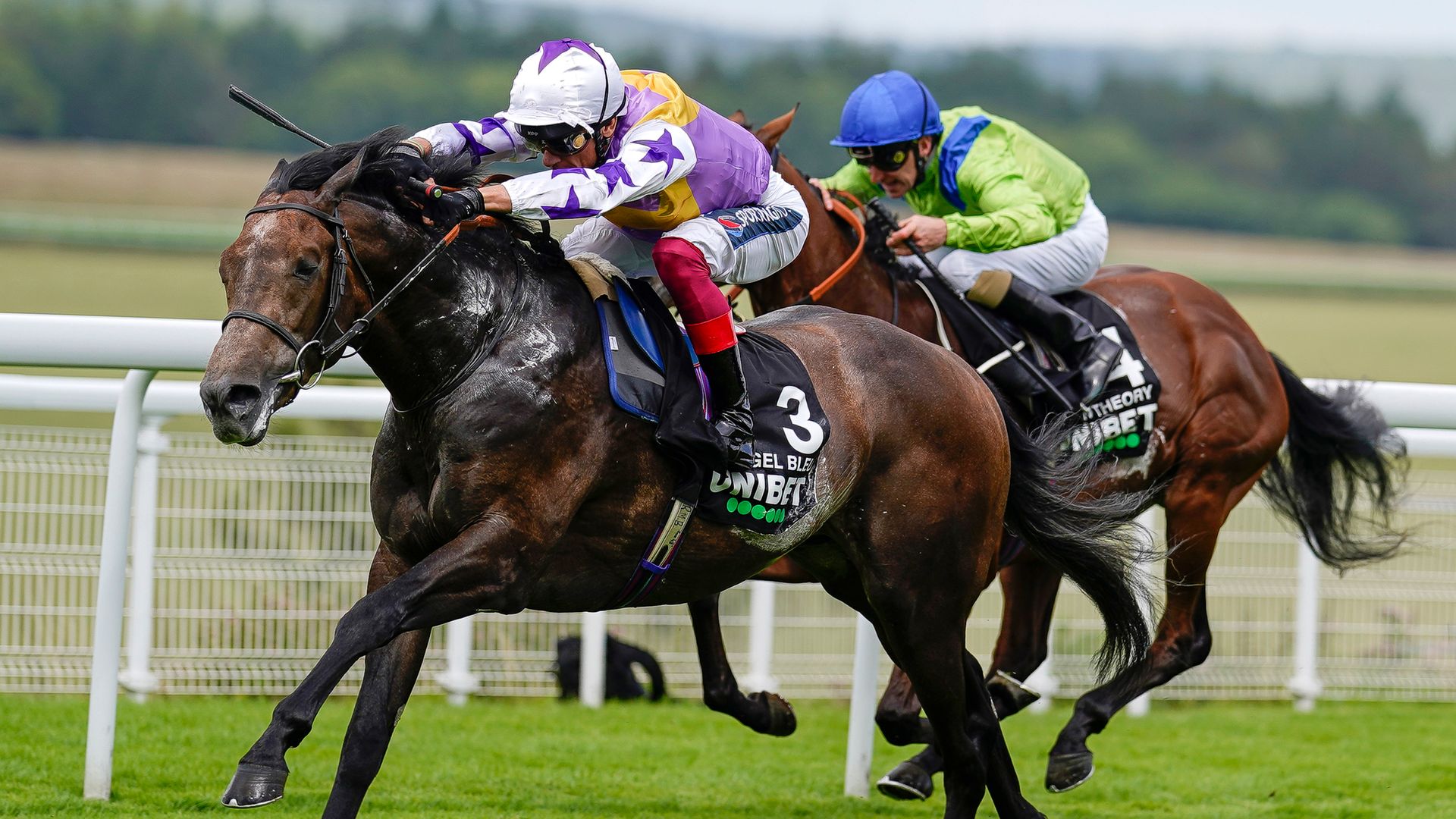 Frankie Dettori added another Group One to his illustrious CV as Angel Bleu won the Criterium International at Saint-Cloud on Saturday.

Ralph Beckett’s two-year-old made it back-to-back victories in France after success in the Group One Prix Jean-Luc Lagardere at ParisLongchamp earlier this month.

Stepping up to a mile for the first time in his career, Angel Bleu was ridden patiently out the back by Dettori before delivering his challenge out wide.

The pair hit the front with a furlong to go and just held off the challenge of Aidan O’Brien’s Prix de Chenes winner Ancient Rome, who started 11/8 favourite despite being third in the Prix Jean-Luc Lagardere.

Beckett said: “He’s an extraordinarily tough horse. I thought it was a terrific effort today.

“To come back less than three weeks after [the Prix Jean-Luc Lagardere] and do it again. He really was the best again today. There were no real excuses for anybody.”

Betfair trimmed Angel Bleu’s odds for next year’s 2000 Guineas at Newmarket to 12-1 from 16-1, although Beckett feels the French equivalent – the Poule d’Essai des Poulains – could be more likely.

On Angel Bleu’s plans for next year, Beckett added: “We’ll worry about that next year and just enjoy today. We’ll get the celebrating out the way first.

“I’d say if I was going to bet on it that we’d be back here for the Poulains [French Guineas].”